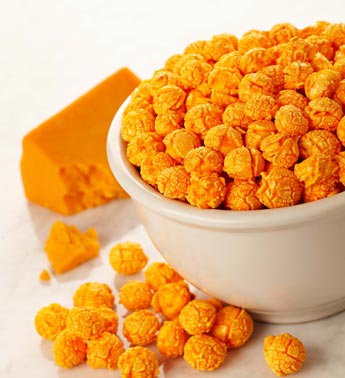 Calling all cheese heads! January 20 is National Cheese Lover’s Day, so mark your calendars! In honor of everyone’s favorite dairy delight, take a look at these fun facts about cheese while you’re chowing down on The Popcorn Factory’s cheddar and white cheddar treats. (After all, no snack captures the deliciously creamy flavor of cheese better than popcorn!)

What kind of velvety cheese will you be munching on to celebrate National Cheese Lover’s Day?