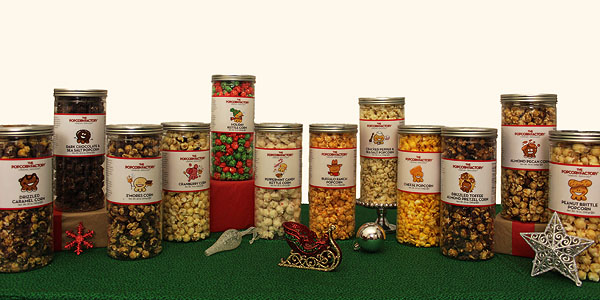 Give a toast to the holiday spirit: Fill a few glasses with our delicious popcorn and spread the cheer to all of your guests! The new 3-canister popcorn sets are here just in time for the celebration, and their many colors and flavors will be a hit with friends and family! But making an even bigger statement with your snacks at the dessert table is easy and virtually effortless: Just pick an assortment (or more!) and pour the popcorn into your favorite stemware to create a stylish and elegant display. 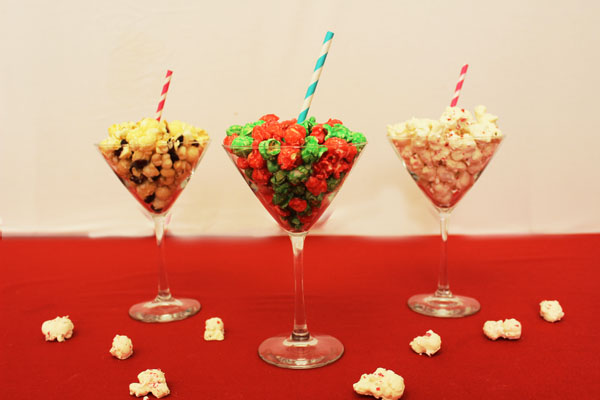 The cranberry, peppermint candy cane, and holiday kettle corn in this set makes for a fun, festive and downright delectable treat for the season. Add some extra pizzazz to your holiday spread by serving the popcorn in cute martini glasses and topping it off with candy stripe straws. 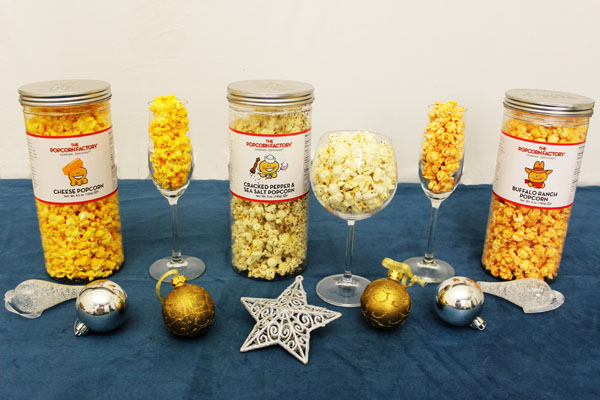 For those with more serious tastes, the mouthwatering combination of cheese, buffalo ranch, and cracked pepper and sea salt popcorn will be at the top of their list of favorite things. Give this assortment a touch of sophistication by presenting it in beautiful wine glasses or champagne flutes. 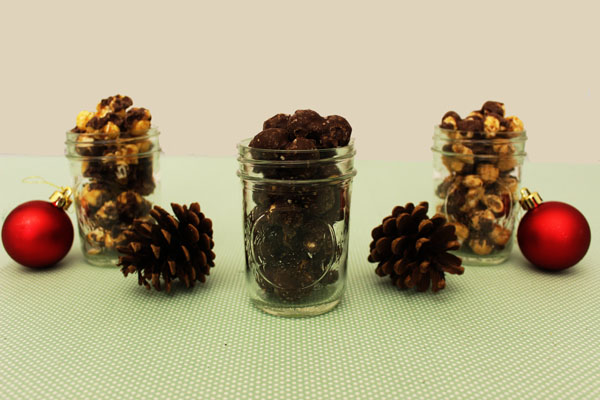 Nothing is more comforting than sitting by the fireside and enjoying drizzled caramel, s’mores, and dark chocolate sea salt popcorn with the family. For a cozy, laid back affair, hand out this treat in rustic mason jars and tie a festive ribbon around the mouth of the glass. 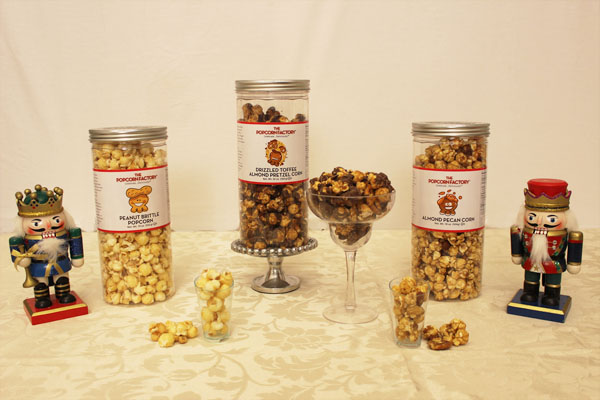 This small sweet-and-savory treat is big on personality: The smooth, sugary taste of the almond pecan, peanut brittle, and butter toffee pretzel popcorn is complemented by a salty crunch. Show off the popcorn’s character and serve it up in mixed-and-matched glassware, like shot glasses and margarita glasses.

Which assortment of flavors is your favorite, and how do you plan on dishing it out to your guests this holiday season?

You’ve been a Giants fan since the first time you slept in a cradle. Your best friend, a Jets fan, bleeds green and white. Both of you grew up in New York, but you each have very different opinions when it comes to football! When two ironclad NFL teams dwell in the same state, diehard hometown fans are bound to be split straight down the middle. So the next time you and your friend are chowing down on your sports-themed popcorn and playfully bantering over which team is best, swap these fun stats about how these popular in-state rivals match up to one another!

First Game: The very first time the Giants and the Jets battled against each other, in true New York fashion, was November 1, 1970. The Giants came out on top with a score of 22-10, setting a trend for future bouts.

Most Recent Game: The latest game that brought the Giants and Jets face-to-face was on December 22, 2011. Like their name implies, the Giants claimed a colossal victory once again with a score of 29-14.

Overall Head-to-Head Matchups: Out of the 12 games the Giants and Jets have played together throughout NFL history, the Giants have won eight, proving they’re the toughest team on the block.

Super Bowl Wins: The Giants have been crowned Super Bowl champs a total of four times; the Jets only earned the title once. Think you can pull one over on the big guys that easily? Fuhgettaboutit.

First Game: On November 19, 1933, the Steelers and the Eagles had their first clash. The Eagles soared above their challengers with a score of 25-6.

Most Recent Game: These two opponents last went up against each other on October 7, 2012. This time, the Steelers won by a split hair: 16-14.

Overall Head-to-Head Matchups: The Steelers and the Eagles have been matched up a whopping 77 times, with the Eagles boldly taking the spotlight for 48 of those games.

Super Bowl Wins: When it comes to the big game, the Steelers are the conquering heroes with six Super Bowl victories. The Eagles have yet to swoop in and nab the top prize, even though they’ve competed for it twice.

First Game: The Cowboys only recently butted heads with the Texans: Their first game was on September 8, 2002. This was the first and only time the Texans beat the Cowboys, with a score of 19-10.

Overall Head-to-Head Matchups: The Cowboys take the cake: They’ve won two out of the mere three games they’ve played against the Texans.

Super Bowl Wins: The Cowboys have lassoed in five championship victories over the years, but the Texans haven’t yet made their Super Bowl debut. Time to saddle up and win some titles, boys!

Are you a fan of another team that has a hometown rival? Tell us why you think your team is the finest in the state! 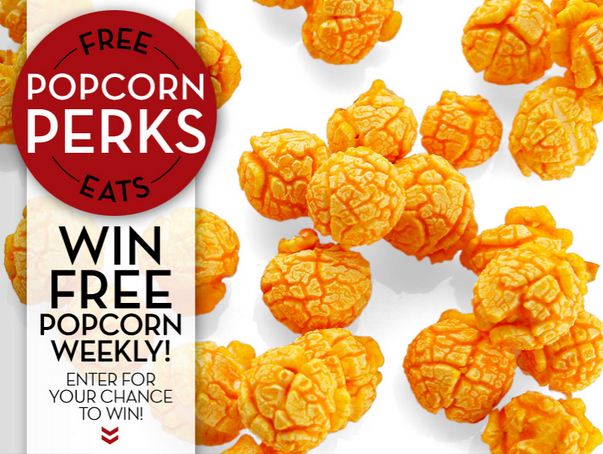 What makes The Popcorn Factory’s heavenly popcorn taste even better? Getting it for free, of course! Because we love our customers so much, we’d like to thank you by giving you a chance to win our popcorn and other snack products each week until December 28. So pop out those smart phones, tablets and laptops and submit your entry today!

Entering the sweepstakes is easy, and you don’t have to buy anything in order to enter or win. All you have to do is take a couple of minutes to send us your info, and you’re all set! Here’s how to do it:

A new winner will be randomly selected each week, and you could be one of the lucky ones! To get a full list of details, visit the Popcorn Perks Official Rules page.

So go ahead and get poppin’, and good luck! 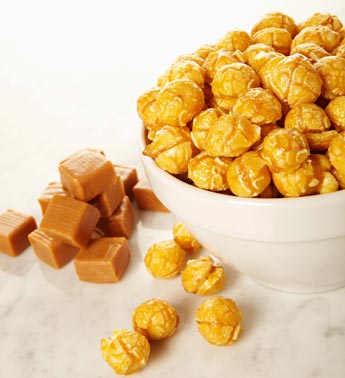 Just because National Popcorn Poppin’ Month wrapped up on October 31 doesn’t mean the party’s over! We here at The Popcorn Factory live, breathe and celebrate popcorn 365 days a year, so no one knows this pop-able snack better than we do.

To keep the festivities going, we’ve created a super-fun infographic with tons of little-known facts about popcorn. We’ll bet you had no idea that Americans eat 16 billion quarts of popcorn each year (it’s true!), or that The Popcorn Factory is in the Guinness Book of World Records for creating the world’s biggest popcorn ball. And that’s just a bite-sized sampling of all the tidbits we have to share with you!

So sit back, grab a bucket of your favorite kernels and enjoy learning everything you need to know about popcorn. When you’re done, come back and tell us which fun fact was the most surprising to you!